UKIAH SYMPHONY ORCHESTRA
About the Concert
About Natalie Raney, cellist 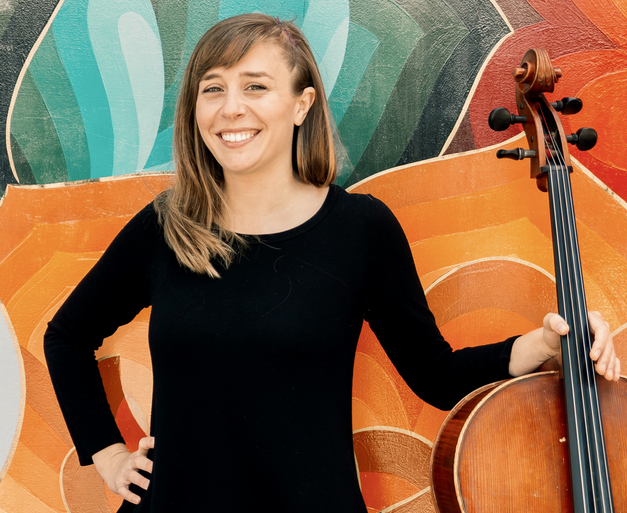 Natalie Raney fell in love with the cello when she was nine years old, after hearing her coolest, childhood role model play it in the house next door.  Her journey has led her across the country and landed her in San Francisco where she resides as a sought after chamber musician, soloist, and teacher. Recognized for her bold and adventurous playing, she has established herself as an immensely versatile performer.

As a chamber musician, she has performed with world-renowned musicians such as Kim Kashkashian, Menahem Pressler, Norman Fischer, Geoff Nuttall, Bonnie Hampton, Roberto Diaz, Ian Swensen, Jodi Levitz, Paul Hersh, and the Arianna String Quartet.  She worked closely with composer, Joan Tower, after being invited by the Muir Quartet to participate in the  Emerging Quartets and Composers Program.  While studying at San Francisco Conservatory of Music, she was invited to perform at the Kennedy Center and was also a finalist for the Coleman Chamber Music Competition.  She has studied chamber music under members of the Tokyo, Pacifica, Brentano, Vermeer, Muir, Concord, and Arianna String Quartets.

Natalie was the founding cellist of Curium, a piano trio that highlights works by women composers. Within Curium’s first year of formation, they were winners of the Barbara Fritz Chamber Award, were featured on the International Showcase Concert for the St. Lawrence String Quartet Seminar, and performed over a dozen throughout the Bay Area.  Additionally, Natalie performs as a core member of One Found Sound, a conductorless, democratically run chamber orchestra.

Passionate about teaching, Natalie is currently a faculty member of the San Francisco Conservatory of Music Pre-College, where she coaches chamber music ensembles. She has coached chamber music to young musicians through the Lyceum Music Festival in Utah and Summer Music West in San Francisco. In addition to her work as a chamber coach, Natalie maintains a private studio in San Francisco, California.

Natalie graduated from the San Francisco Conservatory receiving an Artist Certificate in Chamber Music studying with Jean-Michel Fonteneau.  She received her Master of Music degree at Boston University, mentored by Marc Johnson, former cellist of the Vermeer Quartet and received a Bachelor of Music studying with Kurt Baldwin and the Arianna Quartet at the University of Missouri-St. Louis.